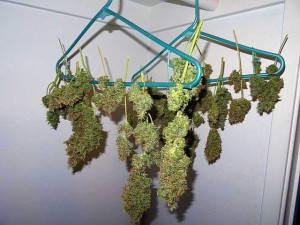 Ever been wondering how to grind weed without a grinder?

I know I have, although that was a long time ago since I succumbed to using a grinder myself eventually and haven’t looked back.

I’ll let you in on a few great ways to grind your weed without a grinder in a moment, but first I’ll just say this..

Nothing actually beats using a real weed grinder for your buds or solids if you’re planning to grind weed more than say, once or twice.

If you’re grinding weed at least semi-regularly, just get yourself a simple enough grinder and save yourself the time and trouble of trying to get by without one. They’re not expensive at $15-30 and if you can afford buying weed, you can arguably afford grinding it properly.

I mainly use 2 from Amazon, the Chromium Crusher “pocket grinder” and a larger-sized one from Kozo Grinders (my favorite) which are both decent and highly recommended (I prefer aluminum over wood, it just feels and looks more classy although either works just as well). See my list of the best weed grinders if you decide you need one.

Anyways, enough about grinders. If you really don’t want to use one, here’s a list of things you can try instead:

How to Grind Weed Without a Grinder – Homemade Options

There are also guides on how to make a weed grinder at home, but these are usually less effective than the grinding methods listed above!

Obviously there are ways to grind weed without using a grinder. I’d say that among the ones above, the shot glass and the scissors works best.

Seriously though.. Get yourself a cheap grinder sooner rather than later. I recommend this site where I got mine from. It really is worth it.

Here’s how to make a homemade weed grinder (electric) in a really creative way.

Quite the hassle though!

What do you think?