Using a swab to test for the presence of marijuana in your system can either work in your favour, or against it.

These days it’s not at all unusual for employers to submit you to a drug test before hiring you.

As with most drug tests, the more time you have to prepare, the better. The sooner you can abstain from using weed, the longer your system will have to flush it.

And you’re then less likely to feel nervous about the result.

However, marijuana can’t be eliminated from the body that quickly. That’s because of the way it’s processed by the body. If you understand how that happens, you’ll be in a better position to determine whether you’ll be able to pass a drug test.

What Happens To Marijuana In The Body?

As soon as you light up, THC floods your bloodstream. This is the active compound in marijuana that gives you a high. After a few minutes it reaches peak levels, but after a few hours only 60% remains circulating in your blood.

The blood carries it to the liver which processes and cleans your blood. Useful components are sent to various organs and toxins are removed. When THC arrives at the liver, it’s broken down into various metabolites. It’s one of these metabolites in particular that most drug tests screen for (urine tests in particular). It’s called THC COOH, and your liver tends to store this compound in fatty tissues.

Your heart, lungs liver and kidney all contain fatty tissue that is able to store the THC COOH. It’s also stored in your body fat. Over a long period of time, small amounts of the metabolite are released back into your system. Like other toxins, they are finally removed from your body through the urine and faeces. Now you might see where the problem lies!

Because your body doesn’t eliminate THC COOH that quickly, it can still be detected by drug tests for a long time after using. And if you’re a heavy user, you’ll add more of this metabolite to your system every time you light up.

Of course, if you’re a long term or heavy user you might not be so lucky. If the sample is tested in a laboratory it may be more sensitive. Drug tests usually look for elevated levels of a substance in a sample. This is measured in nanograms per millilitre (ng/ml). For most tests the threshold is between 20 and 50ng/ml. Anything that yields a result higher than this is then sent for further testing.

A laboratory test may be able to detect levels as low as 0.5ng/ml. Even though only tiny amounts of THC can be found in your saliva, this kind of testing may pick it up. 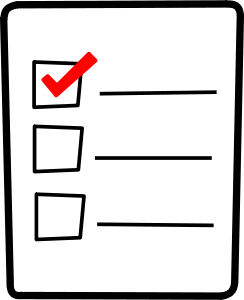 There are general factors and individual factors that will influence the length of time it takes for THC to completely leave the body. To determine how they might affect you, ask yourself the following questions:

These are the general factors that affect all users fairly equally. The individual factors will vary from person to person. This is what you need to ask yourself:

Speeding up your metabolism and detoxifying your body will help you to flush marijuana from your system a bit faster than if you didn’t do anything. But it can still take some time for every last trace of the drug to be removed from your body.

Luckily, saliva tests are much easier to pass and you may not need to wait that long. However, if you are a heavier user you will need more days of abstinence to pass your test successfully than if you’re just an ocassional user. You may be able to shorten this by using a mouth wash several times a day for a few days before the test. You can also try swirling a low concentration of hydrogen peroxide around your mouth. But these aren’t full proof and there are better ways.

How Long Does Weed Stay In Your Saliva?

Now before you get excited, here’s the disadvantage of saliva tests. They are very good at detecting very recent marijuana use. If less than 24 hours has elapsed between your last joint and the time of the test, you will likely test positive. And more sensitive laboratory tests can easily detect it up to 72 hours after intake. Chronic heavy users facing a sensitive saliva test can be detected for up to a week in general.

THC doesn’t remain in your saliva for very long and it’s not easy to detect. But, to ensure that you pass your test, it’s best to stop using at least three days beforehand. Sometimes this is not possible as employers will spring a test on you suddenly. There are good products and methods that can be used to pass a sudden saliva tests however, when abstinence isn’t an option. You can read this guide to learn more.

26 thoughts on “How Long Does Weed Stay In Your Saliva? The Oral Drug Test Detection Times Are Good News For Most”